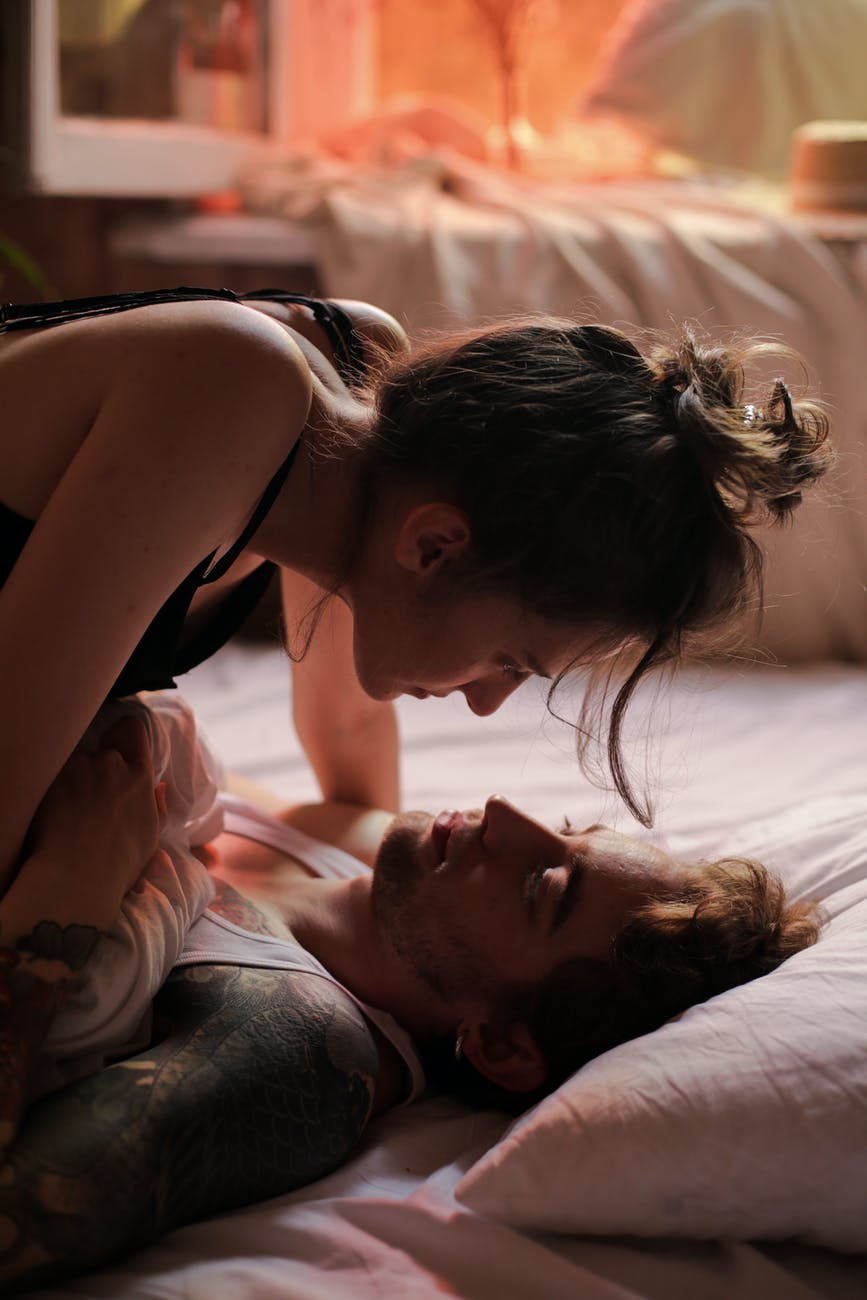 I read her writing and proposed on the spot. Sure it was just a couple of authors fooling around online, but it sure did ignite a firestorm among the gossips in the writing community. I’m not sure if she ever gave me an answer so I have since moved on to another online virtual digital engagement. A guy can only wait so long. Would I chuck it all for a shot at Shelby Kent-Stewart? Read this three-part co-written mini-series blog and decide for yourself.

. . .is set in a pre-COVID world where two author friends could conceivably meet to sit down in an interview-like setting—possibly in Shelby’s radio station—although her having a room full of radio equipment in her communications bunker is pure speculation on my part. . . .

The Battle of the Sexes: Myth or Melodrama?

If you guessed one or both, you’re more than likely male. Women, on the other hand, tend to be more pragmatic and eager to embrace the ‘If you’re not with us, you’re against us.’ paradigm. Writers understand this and use it to great effect in their story lines. If you don’t believe me, ask yourself why  George R. R. Martin gave the dragons to a chick.

Yeah, no. I felt the need to chime in here because you obviously got some bad drugs from your dealer. “Don’t take the brown acid.” is always a good rule to live by. THE BATTLE OF THE SEXES IS NOT A MYTH. It appears in humanity’s earliest written works and has continued throughout time to this day. Socrates wrote: ‘By all means marry. If you get a good wife, you will be happy. If you get a bad one, you will become a philosopher.’ I will however concede that melodrama is a thing and, more often than not, is orchestrated and/or perpetuated by one or both parties to create some action in their otherwise dull lives. “Women. . . tend to be more pragmatic. . .” Seriously, where did you get your pot? Was it from a field sprayed with Agent Orange? Pragmatism is a trait of the sensible and realistic who would rather have their ovaries removed through their nostrils than be a part of such an intransigent paradigm.

I admit to plagiarizing Shelby on the ovaries thing she once used in a DM, but it was too funny for me to keep to myself.

Shelby raises an eyebrow slightly, or perhaps her middle finger hidden from view, and continues undaunted.

For the record, the Castrati also appear in humanity’s earliest written works, but until this moment, I always found castration rather nasty business. I’m rethinking that.

As for me, I tend to fall somewhere in the middle of the man vs. woman conundrum, viewing it as less a battle and more like a series of border skirmishes. To illustrate the point, I asked E. A. Barker, my writing partner in crime, to feed me a scenario in which a seemingly rational man and woman attempt to have a civilized discussion only to have it devolve into battle-ready chaos. Predictably, he made it about sex, and as if that weren’t bad enough, you can read our thoughts in italics.

I can’t believe we’ve sunk so low that we’re interviewing each other. What’s next, posting fake book reviews on amazon? Slap on a nice face and smile if you must. He’s not bad looking but what’s with the grunge thing? Cliché much?

Damn, girlfriend, could you find a shorter skirt? This won’t be easy. Um, what? Oh yeah, new and exciting.

Well, because so many of my wonderful fans [Both of them.] have reached out asking me for another book, I’m taking a stab at writing fiction.

Taking a stab, huh? I smell a set-up. Fifty bucks says it’s erotica. Rumor has it the guy’s a total perv. Why is he sitting so far from the table?

Fiction? That’s exciting. I loved ‘Ms. Creant’ so tell us in what genre you’re going to wow us this time?

Hmm, exciting indeed. . . If I lean back and slide down in the chair a bit, I bet I can find out if she’s wearing panties. Wait, what was the question? Genre. Got it.

The next one is in the erotica genre. I know it’s not a big market, but I wanted to bang out something quick.

Gaaaah! Did he really say bang out a book of erotica? What’s with this guy and why isn’t he making eye contact? He keeps looking down at this shoes AND he slouches. I hate that.

Good for you. Erotica from a male perspective is always. . . enlightening. When can we expect to see it?

My thoughts exactly. When CAN we see it?

The writing process is not quick for me. If I can knock out a chapter a week, I’m happy. At the rate I’m going, it will take another month to complete the manuscript.

A chapter a week doesn’t seem an excessively long time. I’m curious about your process. Which comes first, the plot or characters?

So help me, if he riffs on ‘comes first’ I’ll take off my thong and strangle him with it.

For me, the plot develops the characters.

Like a tall, dark, and handsome author being interviewed by a sexy woman who dressed in her hottest outfit because secretly she’s his biggest fan. She wants him, but she won’t make the first move. . . HEY DUMMY, you might want to answer her questions with more than a single sentence. FINE!

I am a note freak. By compiling the notes I’ve made for a story, it often creates a writing prompt for each scene or even paragraph. I’m rarely at a loss staring at a blank page so I can focus more on staying in the character’s head. Hopefully this will create more realism in the finished product.

You’re such a natty dresser. I’m curious what your writing space looks like, neat as a pin no doubt.

Natty? Sounds close to nasty. Just smile and hope it’s a compliment; you can look it up later. I wonder if she knows her smarts turn me on? I half figured she’d be envisioning me living like the McKenzie brothers from SCTV.  I suppose it’s possible some Americans know more about the world than what they see on the boob tube. Speaking of boobs, hers aren’t bad. You probably shouldn’t joke about having a sex doll, a rubber vaginae collection, or the fact you’ve thought about photo-shopping her avi on the bodies of porn stars and taping them to your walls for inspiration. What was she talking about? Was it furniture? I’m going with that.

Actually, I have a lovely modern moulded glass desk with a small stack of books at one end and a Cuvee William Deutz wooden case at the other which I use to store the clutter. It’s almost just a decoration at this point as I do a shocking amount of work reclined on the couch vs. my desk.

Yeah, you do a lot of shocking non-work related things there too, bro. Shut up!

Well, la di da, a champagne cabinet no less. There may be hope for this guy yet. Scratch that. Is he stoned or is that his idea of bedroom eyes? Wait, was that a wink?

Gosh, look at the time. I guess it’s time to wrap things up. I’m sure you’re eager to get back to work. Once you’ve released your book, I’d love to do a follow-up interview and perhaps you’ll spill some of the more salacious reactions you’ve received from your admiring reading public.

Not so fast there, Sunshine. I showed you mine, now show me yours. What’s next from you?

Oh, crap, here we go. If this doesn’t send him into a paroxysm of laughter, nothing will.

Actually, I’m releasing a collection of haikus in the not too distant future. I wanted to write something my grandmother could read aloud at bingo without giving everyone in earshot a stroke.

Wait for it. Maybe if I uncross my legs and give him something else to concentrate on, he’ll go easy on me. Men are so predictable.

Poetry? Why does god hate me? Every woman writer I’ve ever met writes the stuff and I never really know if it’s any good. SHE’S UNCROSSING HER LEGS! This is the moment you’ve been waiting for. If I could only get this stupid office chair to tip back a little farther. . . whoa. . . oh fuck! OUCH! Man down. Oh that’s gonna leave a lump. Spring up to your feet so you look virile and tough instead of like some douche bag who can’t use a chair properly. It was totally worth it to see her thong though—quite see-through and pretty with the lace trim. You could just lay here and wait for her to lean down to see if you’re okay. You might catch a glimpse of a nipple inside her blouse. Nah, better to look manly, get up and slough it off.

I’m okay. Sorry about that. I’m chair challenged. Where were we? A new poetry book. . . Wow, that’s so cool.

It’s a one-off. While haiku is technically poetry, I have neither the desire nor inclination to pursue what is arguably the most erudite of literary expression. In fact, I prefer to think of my humble offering as A Journey in Seventeen Syllables and leave it at that.

What a dweeb but he is kind of cute. If he only knew how turned on I get by tall, dark, dorky writers with a sense of humor, a deep voice and a beard. I wonder what he looks like wearing glasses. . . and nothing else?

And there you have it, a quasi-intelligent man and woman having a perfectly innocent conversation about writing without spilling a single drop of blood. It helps that we’re friends and know the extent to which we can push each others buttons. What he doesn’t know is I will always have the last word. It’s a girl thing.

Did she just get the last word again? I should start paying more attention.

Visit Shelby Kent-Stewart and tell her I sent you.